Originally introduced by Hasbro as Bop Bop n’ Rebop in 1979 and sold until 1988. This enormously successful game sold over 1,000,000 pieces per year initially and over 500,000 pieces for several more years. Retooled by Tomy UK using the Sonic the Hedgehog license in 1993 and sold throughout Europe for three years. A frenetically paced skill and action game where quick reflexes, some skill and a bit of luck determine the winner. This quintessential skill and action game can be themed with any sport that uses a goal or net, i.e. soccer, hockey, football, etc. 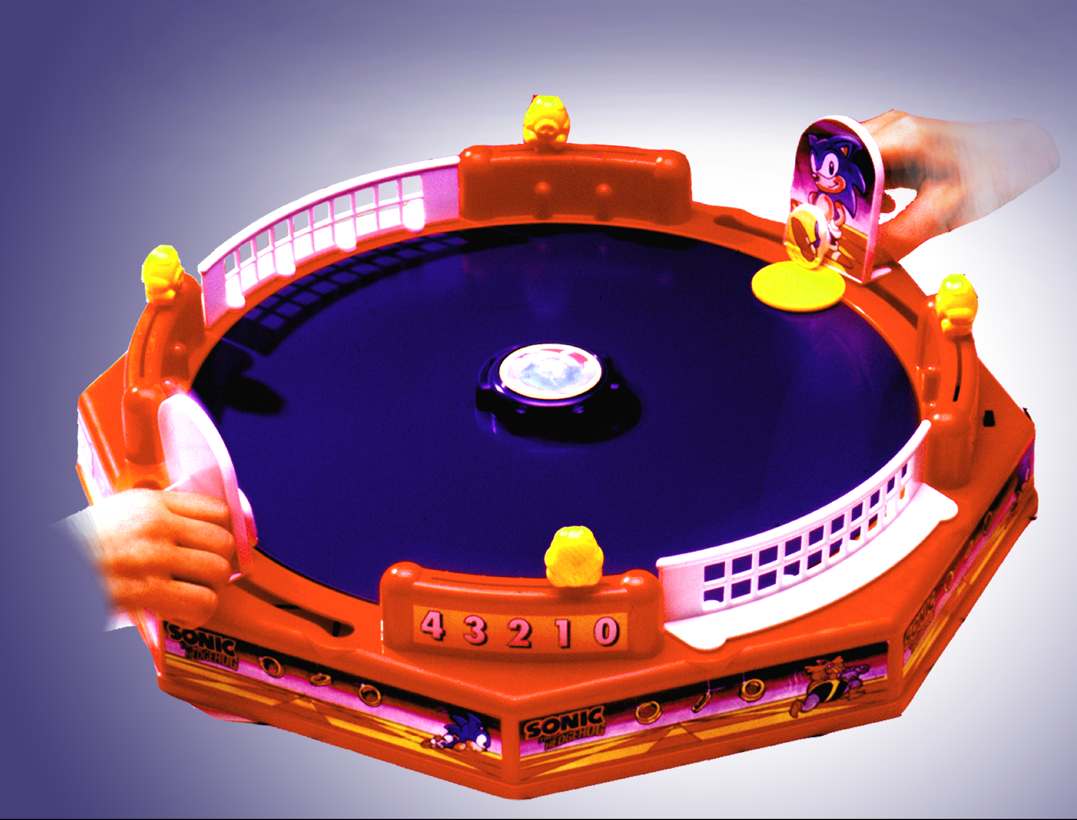 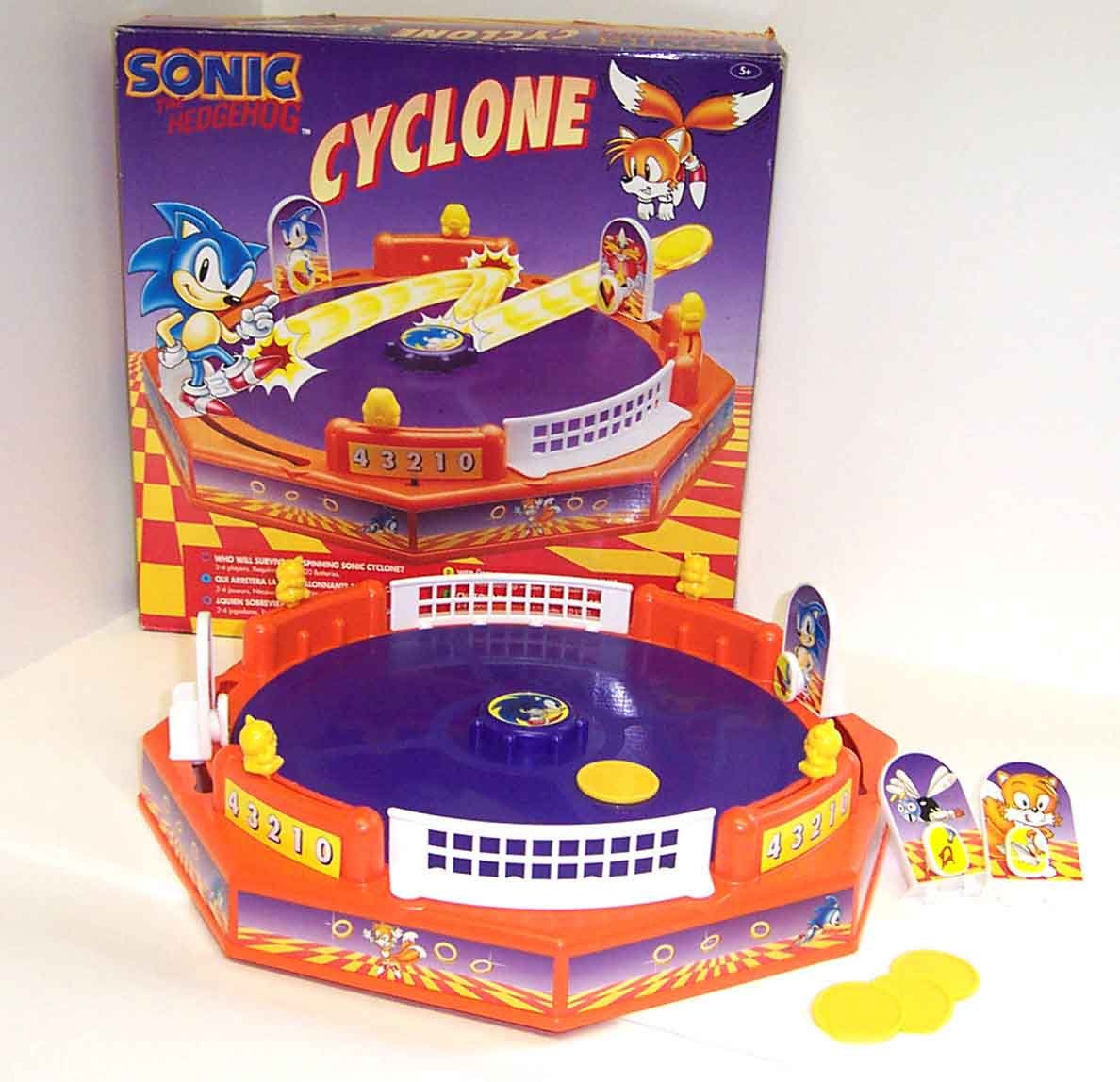 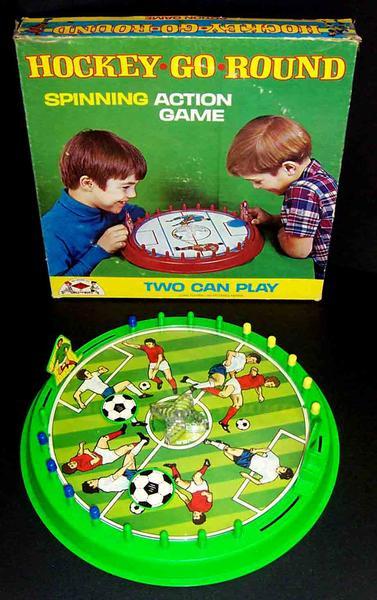 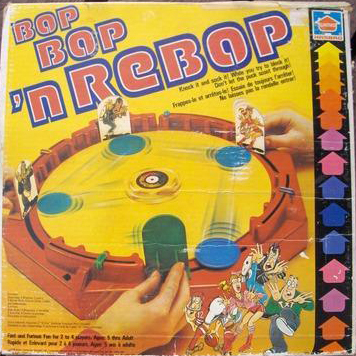